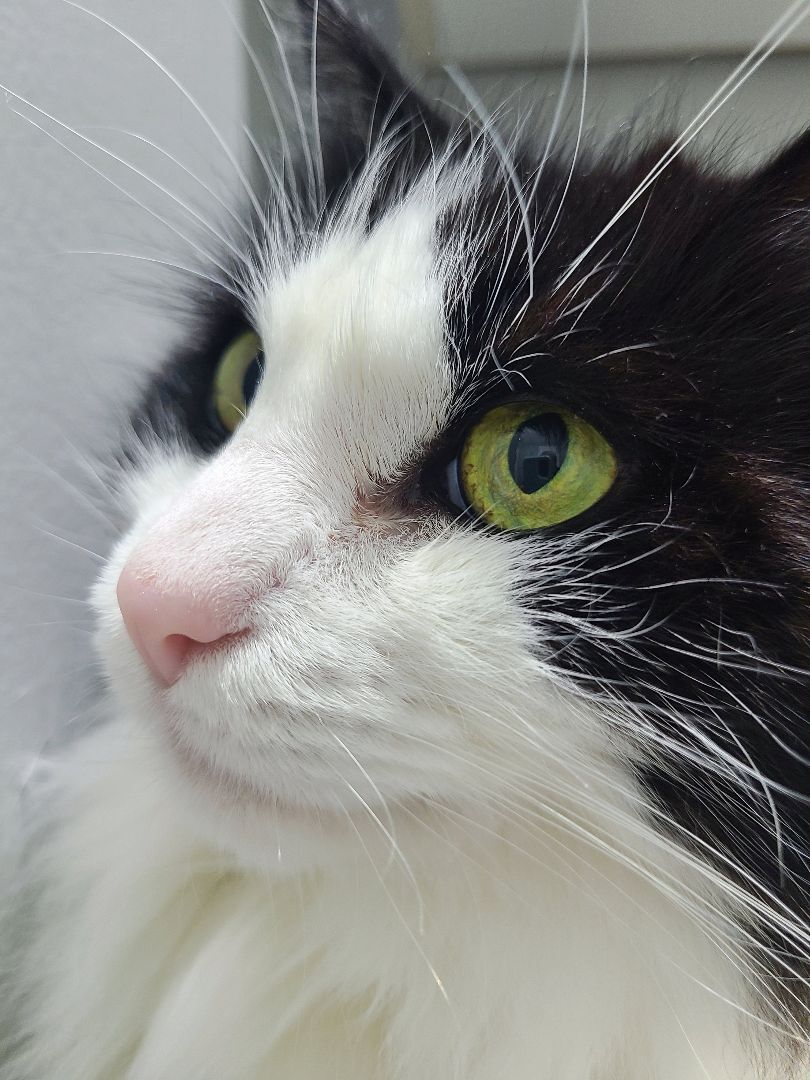 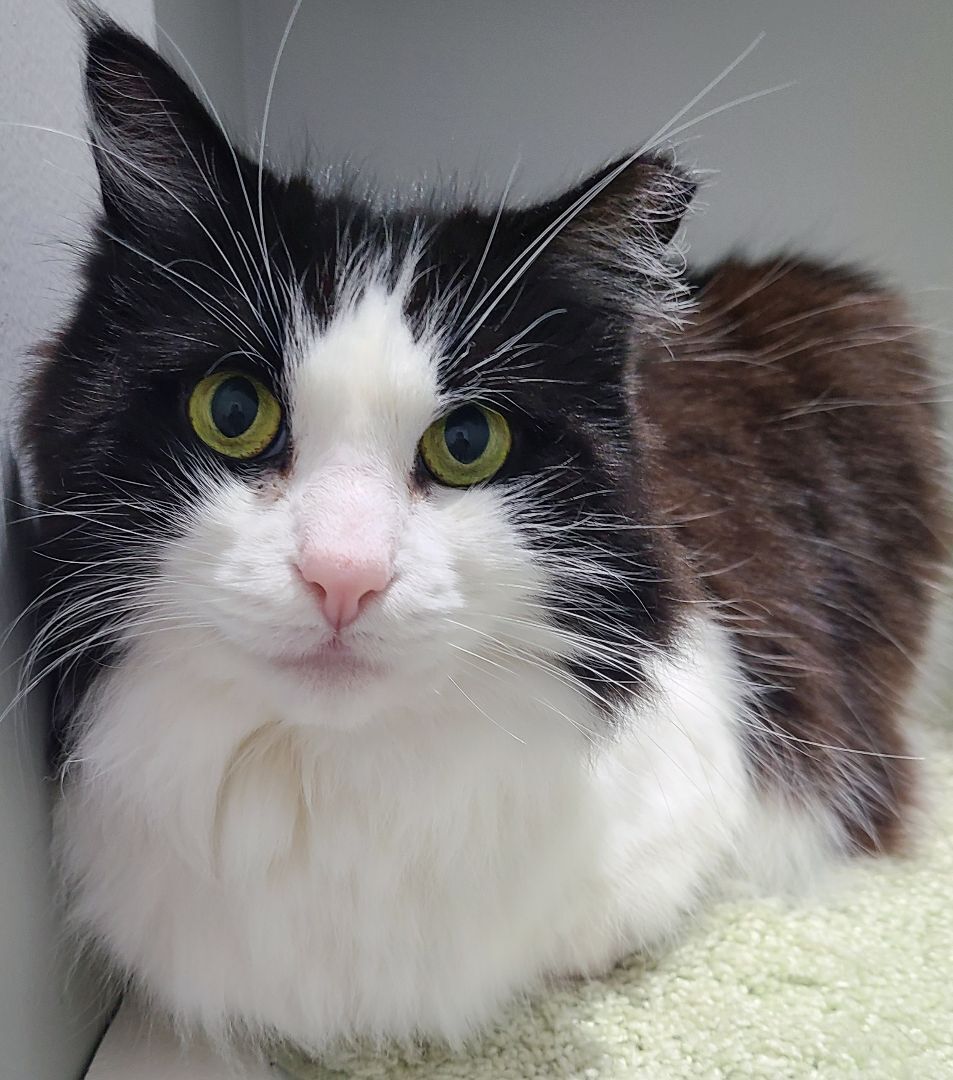 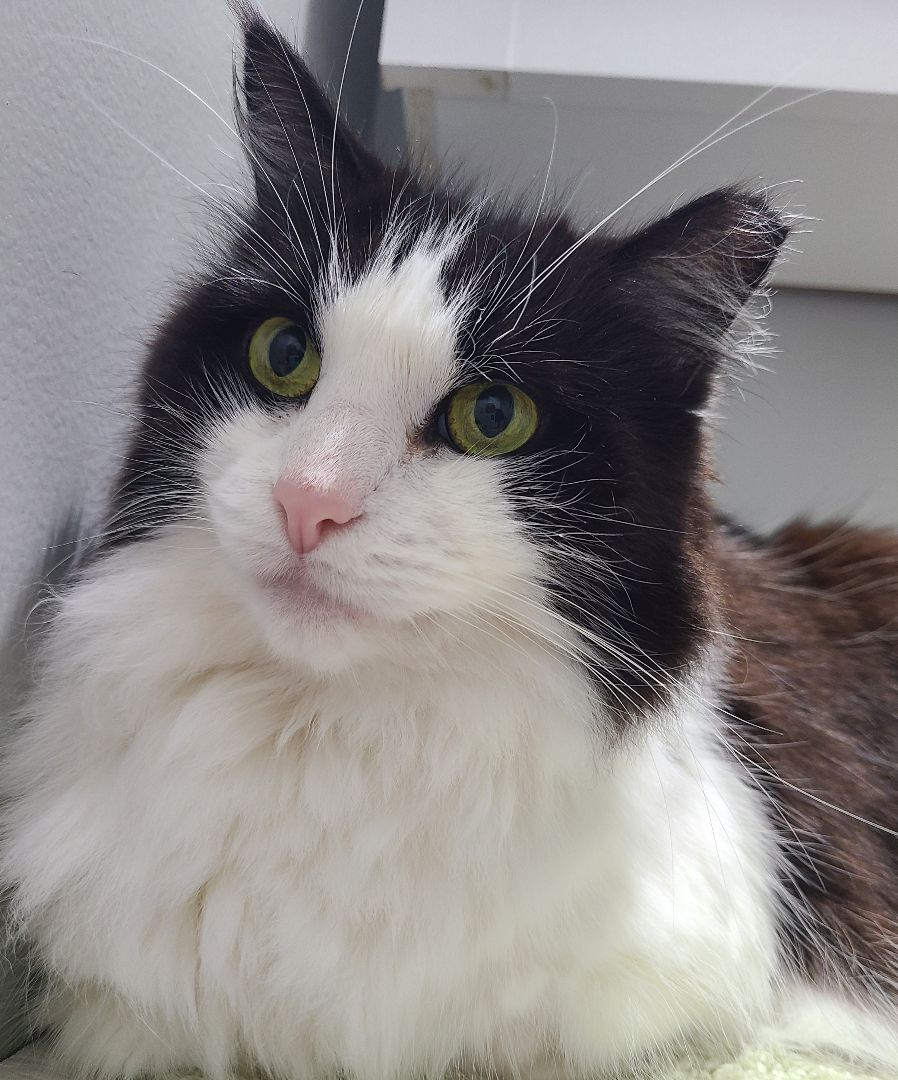 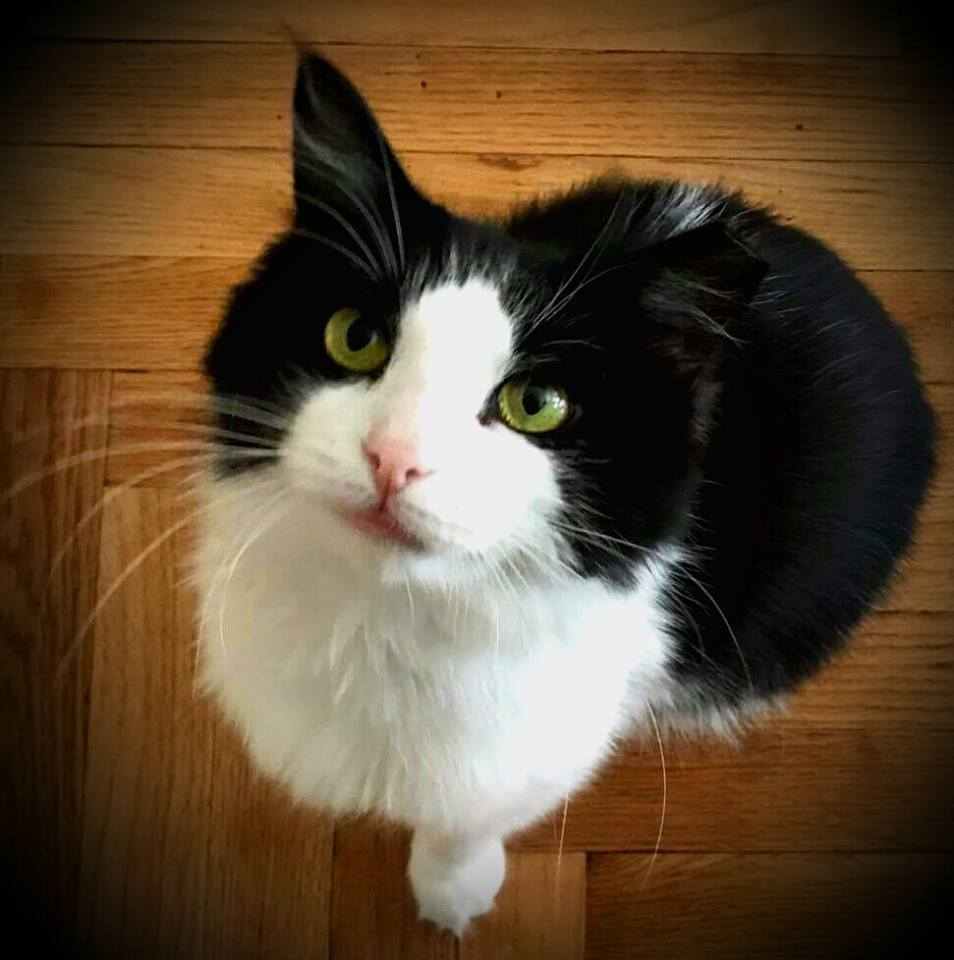 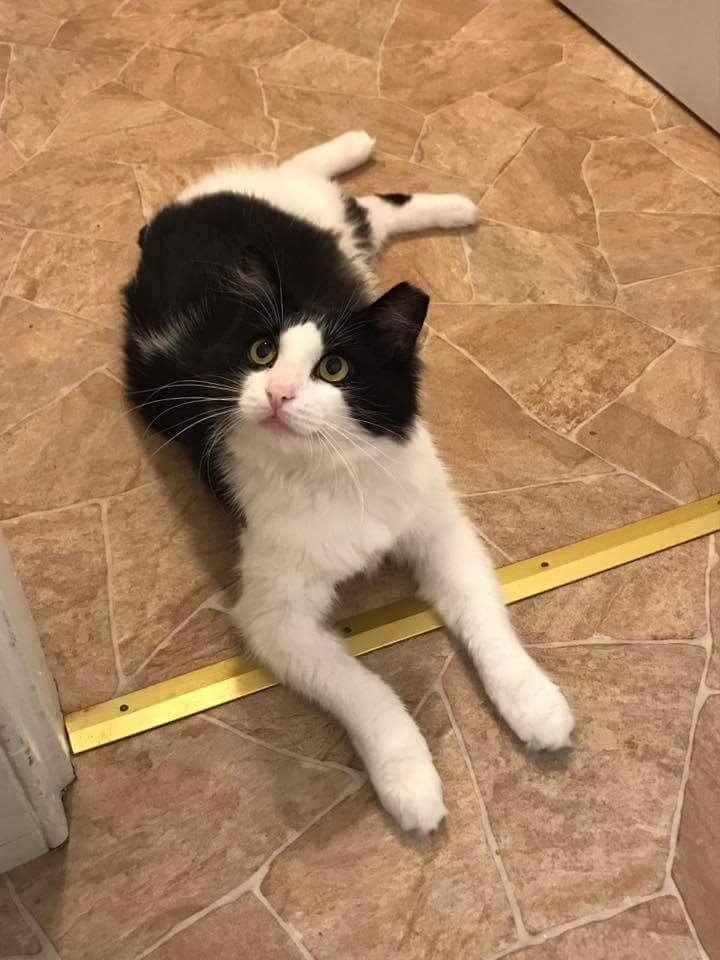 Inquire About This Cat
View on PetFinder

If you would like to fill out an application or have any questions, please send an email to us at:
info@ht-ac.org

Five years ago, Baxter was abandoned in a parking lot by his original owner, along with a cat tree and a bowl of food. He was rescued by a kind person, and transferred to a foster home. At his vet visit, it was determined that his tail was broken near the base due to a previous traumatic injury. Most of his tail was amputated, leaving a very cute little stubby bobtail on his behind. He was adopted by a kind family who had three other cats and three dogs. Several years later, they had two children. The household became very noisy and busy, and Baxter was not comfortable there. They decided to return him to the rescue, and he is now in a foster home with other cats and 2 small dogs.

This handsome guy is incredibly charming and full of love, despite all of the challenges he’s faced. He loves to follow his people around the house, and flops over for belly rubs and scratches. He will “happy-drool” any time he gets attention, and purrs up a storm! He enjoys playing with other kitties who are welcoming and relaxed. He is shy until he settles in, and will require an experienced cat owner with patience. He is nervous around children, and needs a calm, quiet household. He eats canned food only (with some dietary fiber mixed in), as he has problems with constipation. Baxter is seven years old, and has been neutered, vaccinated for rabies/distemper, microchipped, and tested negative for FIV/FeLV.